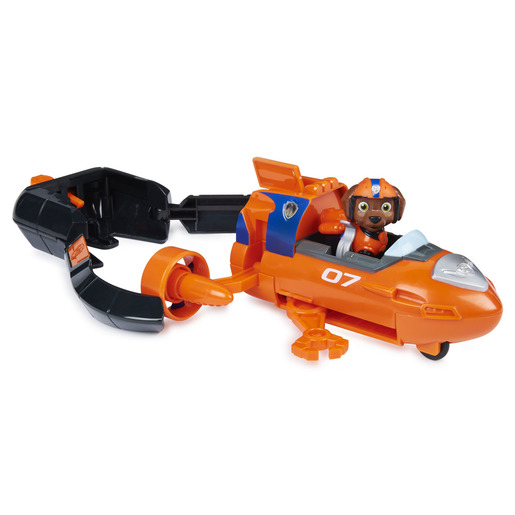 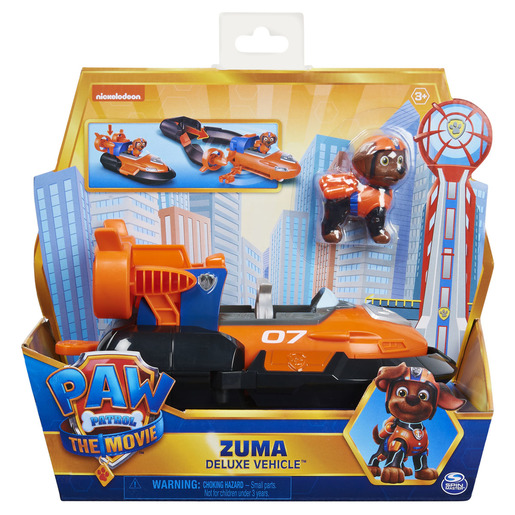 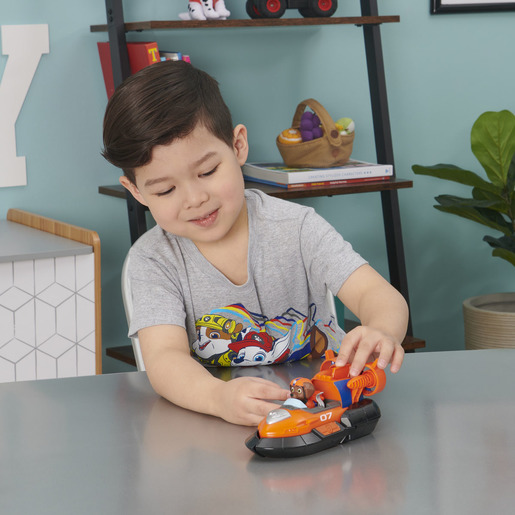 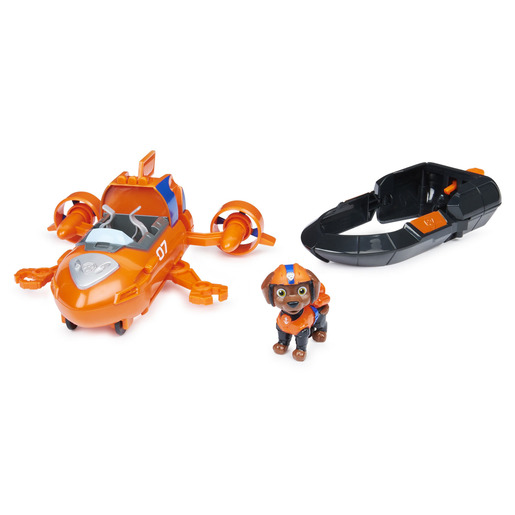 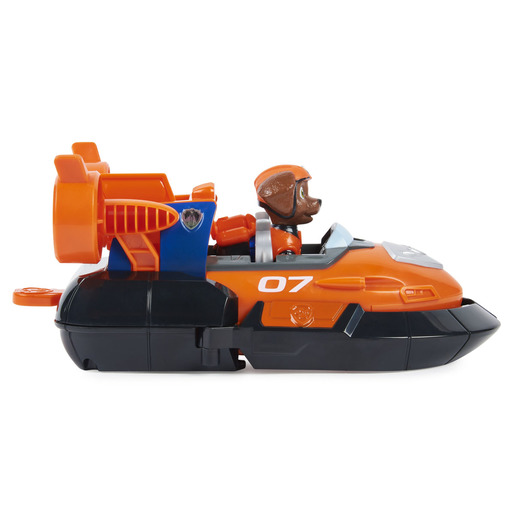 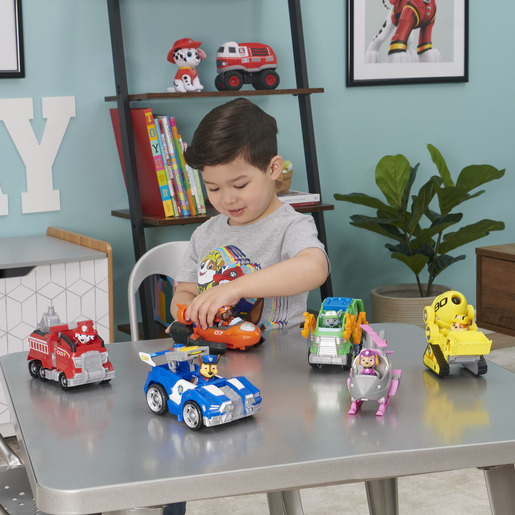 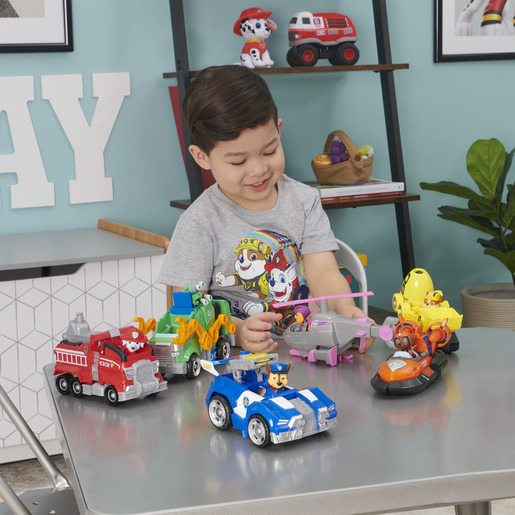 Team up with Zuma for bigger, bolder rescues with his PAW Patrol: The Movie transforming Deluxe Vehicle.

Zuma’s sleek city hovercraft features silver metallic paint, authentic movie details and graphics and an exciting transformation straight from the movie. Suited up in his all-new movie uniform, Zuma (collectible action figure included) is ready to save the day in Adventure City.

When trouble strikes, place Zuma behind the wheel and race to the rescue. Press the lever at the back to activate the vehicle’s unique transformation. The hovercraft will release Zuma launch him in his submarine. Reset, transform and launch again and again.

Zuma’s toy car is a great gift for kids ages 3 and up and is the perfect addition to any PAW Patrol vehicles and toy figures collection. The PAW Patrol: The Movie Deluxe Vehicles bring the action and excitement from the big screen to life.

How much does UK delivery cost?

Unfortunately this product is currently sold out in our fulfilment centre and is only available in certain stores. Select our Click & Collect service to see if there is a store near you.

Our Click & Collect service is currently unavailable. Select our home delivery service for delivery in up to 7 working days