Cassie is (at the time of writing) 7 weeks and 3 days old. The time has both passed incredibly quickly, and yet dragged - fast weeks yet long days. There’ve been some significant changes this week though. Firstly, we’ve been able to get out and about - we had a lovely walk around the golf course earlier in the week, in 25 degree heat - we’ve an off-road buggy - it looks a bit ridiculous, it’s the size of a wheelbarrow and Cassie is just a blanket covered dot in the middle of it, but it means we can go on proper walks - so good for all of us.

We met the NCT mums and babies for the first time too, which was incredible - we’d been in daily contact over Whatsapp of course, but hadn’t met up since before Cassie was born. Some of the babies are only a couple of weeks old-it’s really strange to see new-newborns, even stranger that they make Cassie seem big. She’s lost the wrinkled up shrimp-person look now, and looks like a proper baby - I could really see the difference when she was next to the younger ones. 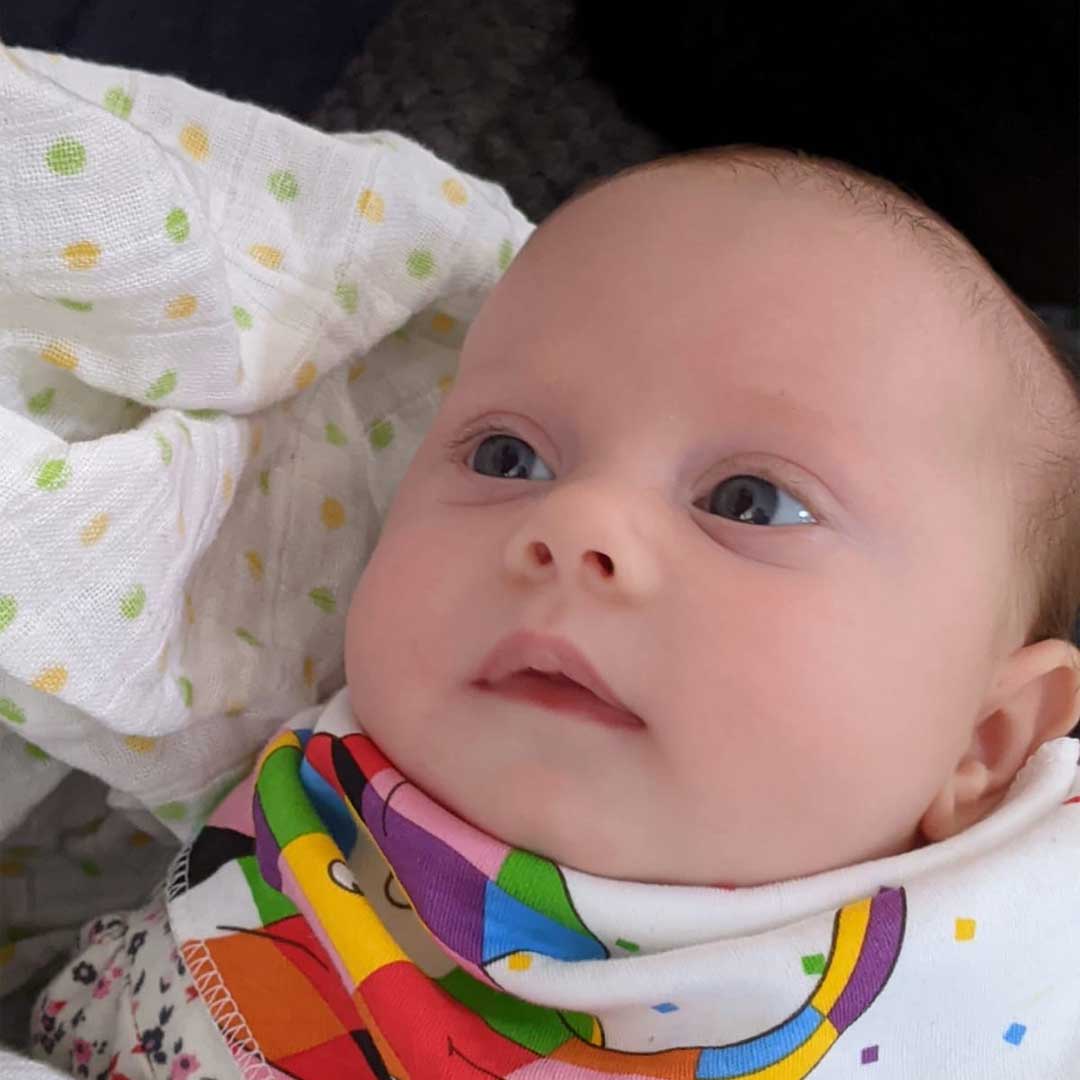 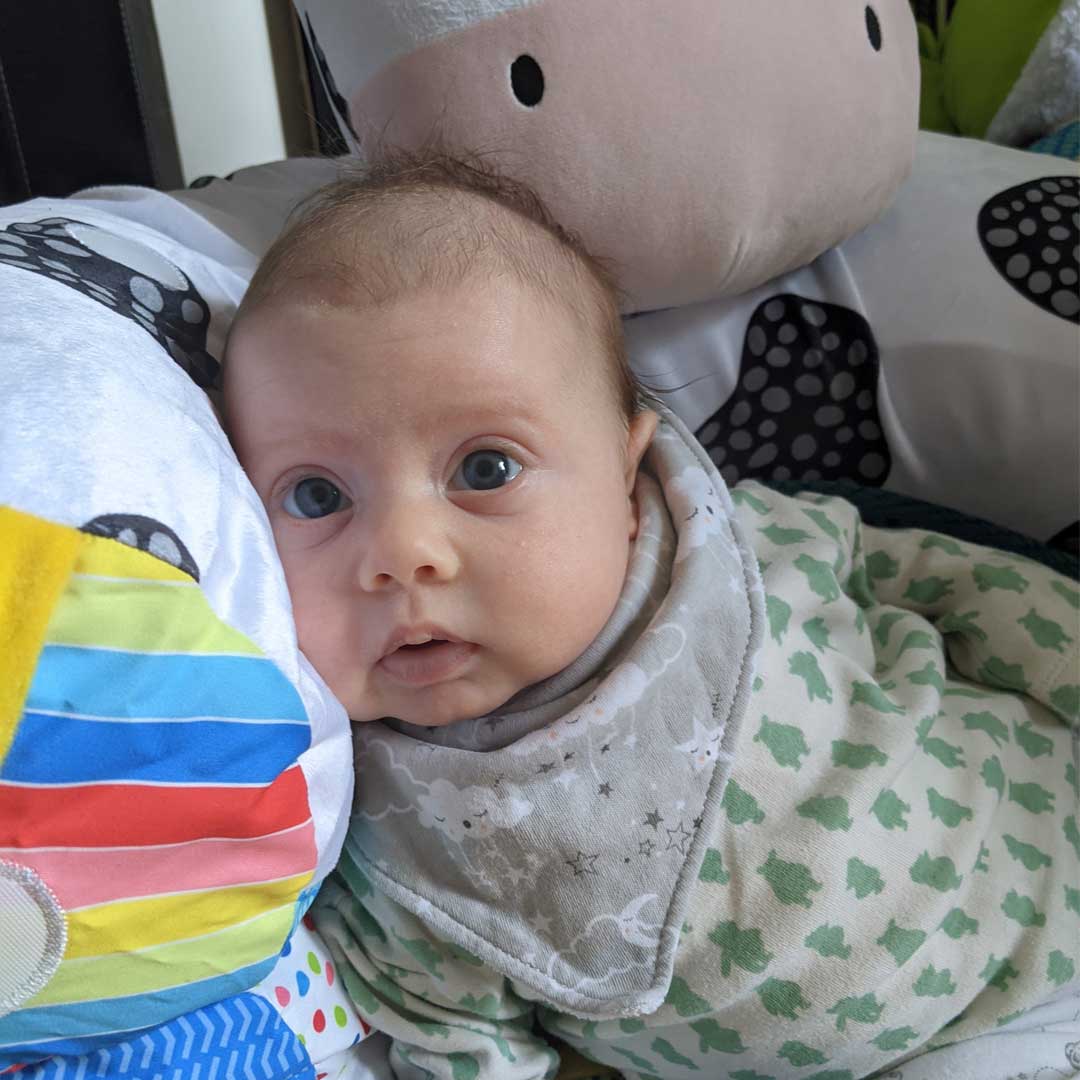 We also had our first proper baby class - baby sensory. I loved it! Cassie - not so sure. She had a bit of a grizzly day on Thursday so she grumbled her way through it. It was so sweet at the end though - she was clearly knackered as she was so cuddly - normally she doesn’t have time for cuddles as she’s too busy being nosey (apple doesn’t fall far from the tree…). It was the first time that I’ve properly played with her - no one really tells you that life with a newborn can be pretty dull - just eat, sleep, change and repeat. We (well, I) had a great time looking at bubbles, shaking maracas along to Beach Boys songs and playing peekaboo. I don’t want to wish her life away, of course, but I’m really looking forward to her being a bit more ‘with it’ in the next few weeks so we can play together!

Another big development - Cassie, who was drowned even in newborn sized clothes, is now in 0-3 months! So we’ve packed the newborn stuff away to pass to someone else, and now she’s in proper outfits in the day. It’s gorgeous - we’ve got baby socks (Monkeys! Cats! Lions! All of the animal faces on socks!) little tops and jeans - she’s looking more and more like a real person. She’s even outgrowing her swaddle sacks, so we tried her today in a little sleeping bag, she settled without too much fuss.


With this growing comes the most exciting development - she’s sleeping more! I’ve learned to preface every development with a big ‘at the moment’, or ‘currently’, or even ‘in the last five minutes’ to reflect the transient and fussy nature of a baby (case in point - she had milk from the fridge the other day - the day after, refused to take it….thanks babe!) but, at the moment, she is able to go a 5 or even a 6 hour stretch at night - I never thought I’d see the day (or indeed, night). I’m hoping it’s not a fluke, but we’ve been doing a bit of baby massage after her bath - correlation of course doesn’t mean causation, but hey - Scott and I had two nights of being able to eat dinner together and even watch an episode of something - long may this continue!

It’s good to focus on the positives of course - each day, something seems more normal - we’ve had a lovely weekend seeing friends, last weekend, went out for lunch etc, but I think it’s also important to reflect on the times when things aren’t going quite as well. Having had the ‘sign off’ on Monday from the doctors, I’d booked in a lot of things this week - in my head, six weeks after the c-section and able to drive, I was back to firing on all cylinders - of course, in reality, an arbitrary six weeks means nothing in terms of how my body has healed. Having planned three days of activities, on Friday, I broke. Foolishly, I’d skipped breakfast in favour of strapping Cassie on in her baby carrier, and engaging in some housework. I felt like myself again.

However, hours later, with a screaming baby, for the millionth time in the short seven weeks she has been here, I felt like a failure. Even worse, Scott put the wash out and sorted the lunch. I sat with tears streaming down - these were my jobs to do, and he was having to do them as I wasn’t capable. It turns out, madam wasn’t happy with milk straight from the fridge (she had been the day before) and needed some more winding. Two very simple fixes that I hadn’t considered, simply due to low blood sugar. Lesson learned - prioritise breakfast and a cup of tea over dusting the skirting boards!

Parenting really is a rollercoaster, much as I dislike the cliche - we’ve had a few good days, and I’m grateful for them, but conscious that tomorrow, things may change. But that’s OK, as the tough moments won’t last forever and we’ll survive - I may not have showered or dusted the skirting boards, but as long as we’re alive and fed, I’m doing something right!