According to the marvellous ‘Wonder Weeks’ app, Cassie has hit a growth spurt this week. It’s hard to tell - I think she might have hit a little earlier - she had a few days of cluster feeding for six hour stints, then refusing to go to sleep. It might have been the growing, or it might have been our unsuccessful attempts to breastfeed. Either way, we’ve now switched to the bottle and she’s much happier, so I think she may have just been hungry!

One of the hardest things I’ve had to come to terms with so far, is not having a clue what my little angry frog needs when she is crying. It’s only in hindsight that I realise what her wails have meant. And then I feel like a terrible mother for not having recognised them. Case in point -- pre-’rule of six’, I’d met a group of local mums and babes for a cuppa. This was a milestone - I’d met people, been out with the little sidekick and fed her, all by myself. Despite having her four ounces, Cassie cried, and cried. She full on screamed. Other mums looked on sympathetically while I felt completely inept. I received well-meaning advice about reflux and colic, recommendations of different bottles and potions to throw down her. 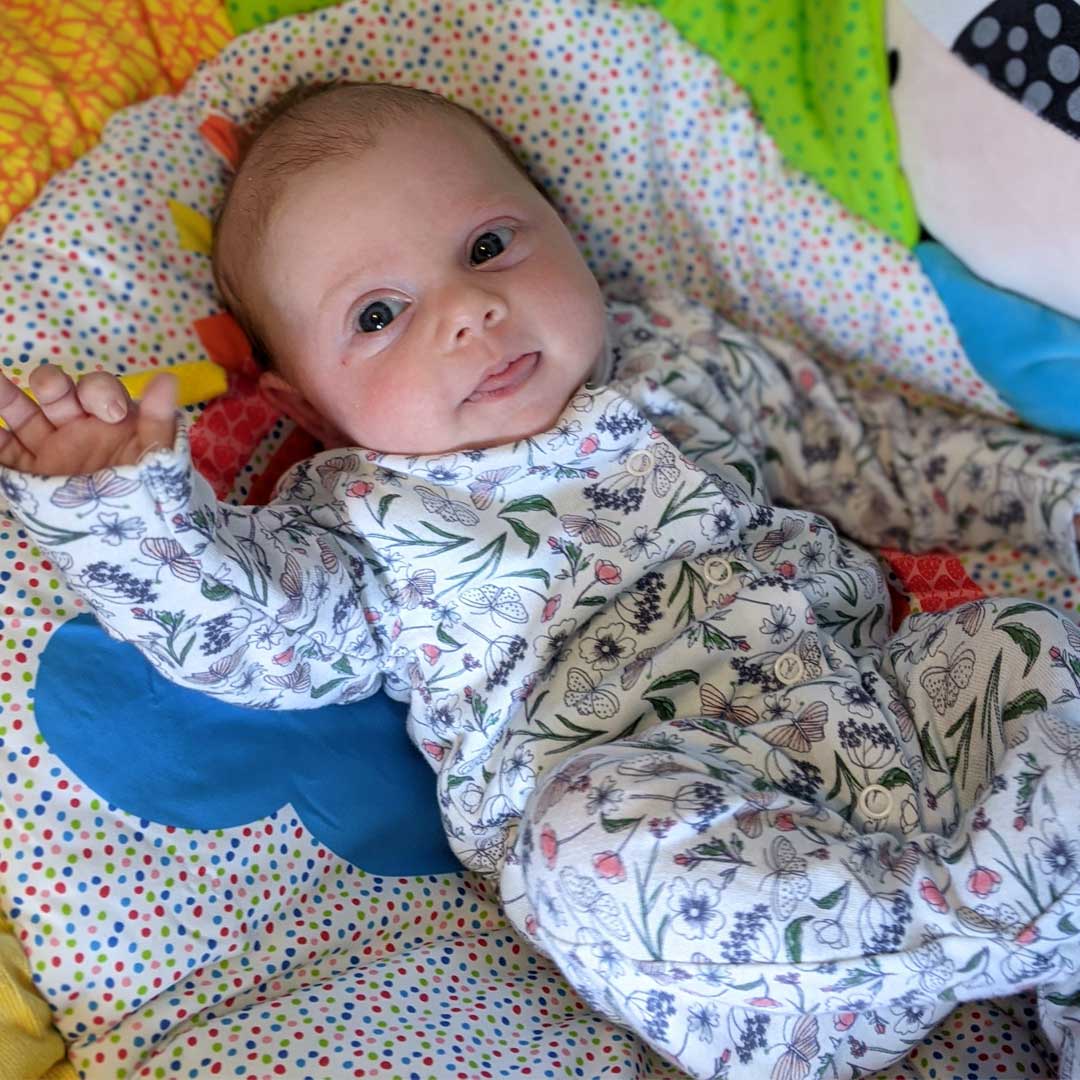 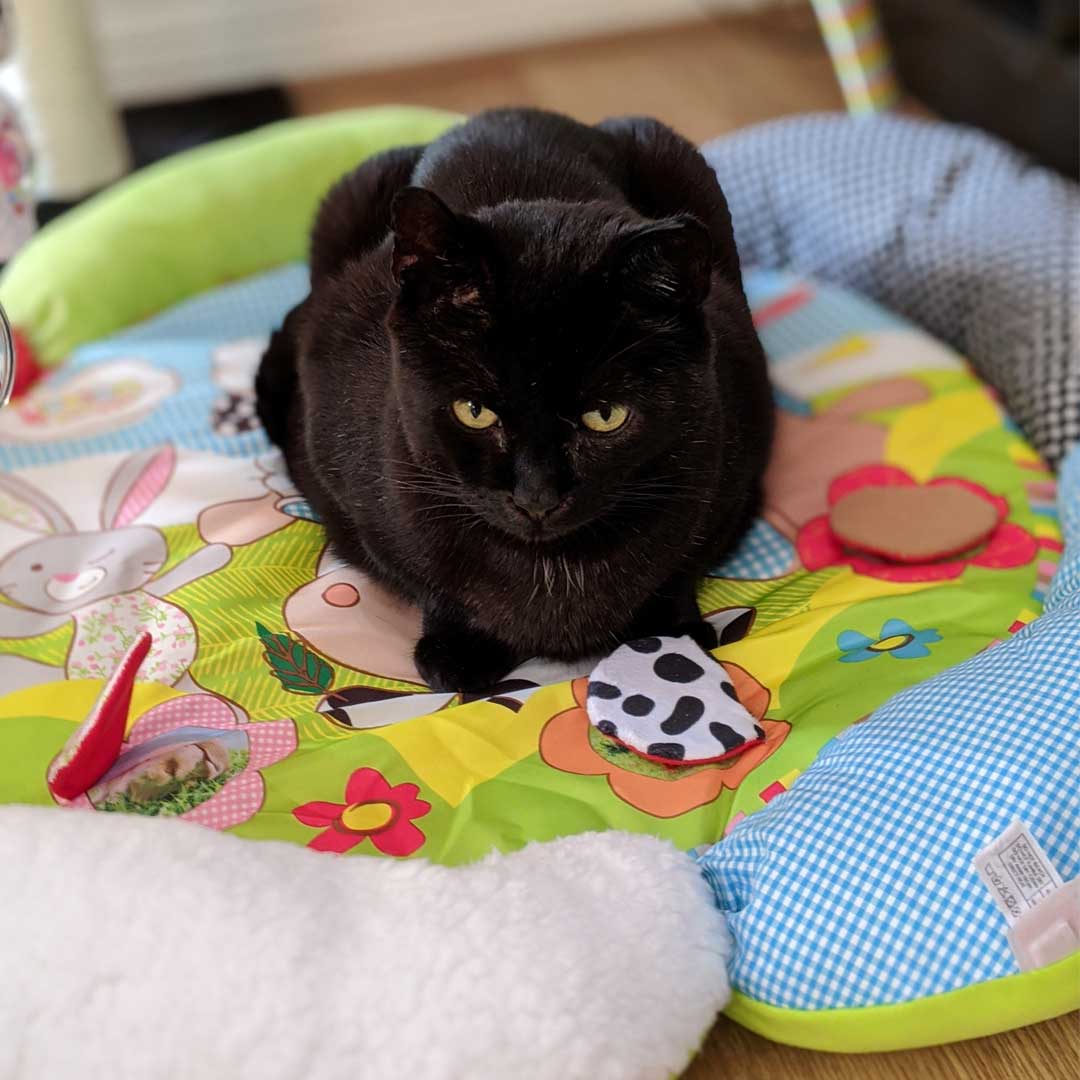 It was only when I got home that I realised how well wrapped-up the other babies had been. It had been a warm day, with an early Autumn breeze, but my poor baby was cold - I’d only put her in a babygrow. I felt awful. Since then, when leaving the house, I’ve packed at least two extra blankets just in case. With Cassie being born in the heatwave/summer, she’d spent the first week of her life in just a nappy (while I sweated and cried next to her in shorts and crop top!) so my appreciation of how different babies’ thermostats are compared to ours had been skewed. Still, hopefully no lasting harm done - I’m hoping she doesn’t remember how her cruel mother caused her to freeze.

We’ve been blessed this week with the first gummy proper smiles - distinguishable from the reflux smiles by her having slightly wider eyes and a glint of pure (albeit slightly manic) joy in them. One beam at me, and the early hours feeds, the sick-up and the worry just fades away. Time stands still in those seconds and it’s just her and I. Each day, Cassie moves a step further from being the angry, red little shrimp person that she was for the first few weeks, towards fully-fledged baby-hood. It’s wonderful, but tinged with a slight bittersweetness, when I realise that all too quickly, my baby is growing up. I have to remind myself when I feel a little sad that the first few weeks were horrendous - I recall sobbing to Scott after another sleepless night, asking for him to make it stop. She’s sleeping for good 3-4 hour stints at night now, which is great, and I’ve put a stop to the 3am breast pumping session - it means I wake up drenched in a pile of milk occasionally, but worth it for the extra 30 minutes kip.


Getting out and meeting other mums has been really reassuring over the past week - that I’m not a terrible mother for giving her a mix of formula and expressed milk, and that I’m not a cruel and wicked person for wanting to reduce the amount of pumping sessions in favour of extra sleep. It’s surprising how ‘normal’ formula feeding is - I genuinely thought I was some sort of anomaly for not being able to breastfeed her. How much more relaxed we both are now that we’ve sorted out a feeding system that works for both of us. For now anyway - I’ve learned very quickly that what works today is not necessarily what will work tomorrow - currently, Cassie is rocking next to me in her moses basket with a big muslin covering it - parrot style. Scott’s idea - she didn’t settle well yesterday evening, so inspired by memories of his nan covering her parrot’s cage with a beach towel to make it go to sleep, he decided to give it a go - lo and behold, success! For the moment, but I’ll take it!

Only six weeks (and a couple of days) in and we’ve both learned so much - I’ve accepted to go with the flow (to an extent - there’s only so much lack of timetable a teacher can take) and Cassie has learned to smile, she can recognise contrasts now, and she’s just started to grab onto my hair when I’m holding her upright. At the moment, it’s cute and delightful, but the novelty may wear off soon.

I’d better leave it here - it’s pushing on to her ‘fussy hour’ - she gets cranky at around 5pm. My job this week is to start thinking of an evening routine that will keep her calm, yet will mean that I can get my dinner at a reasonable hour!