Being a typical ‘Type A’ person, I spend a great deal of Cassie’s early days researching when babies get into a schedule. Hearing things from friends such as ‘nap time’, ‘time for a feed’ and the like, gave me the impression that babies run on a clock. How very wrong I was. The first few weeks are just survival and feed every three hours. Less said about that period, the better, but I really struggled in the early weeks with the unpredictability of each day and the inability to plan anything. The few baby classes we could get to made me incredibly nervous - would they fall in the middle, or worse, the start of nap time? What if she got hungry when we were out? Now, nearly 5 months on (I can’t believe it!) I know that pretty much the worst that can happen is that I am left with a grumpy baby, and all else failing, I can put her in the stroller and take her out for a walk - if it doesn’t send her napping, it at least distracts her for a bit. 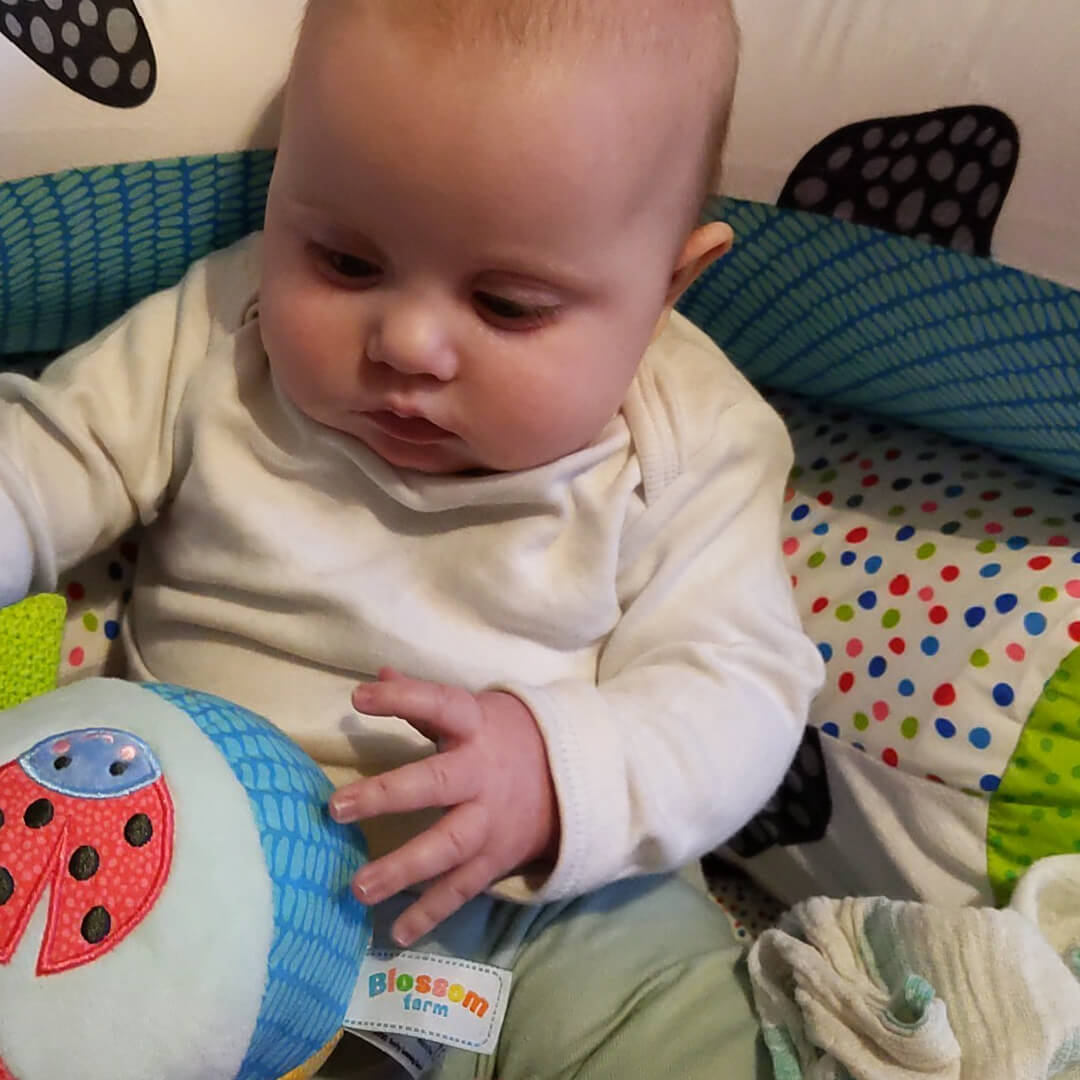 After about three months, Cassie became more predictable. A couple of weeks ago, she dropped her last night feed (doesn’t mean she is sleeping any better, she had a 4am party last night!). One thing that I’ve definitely accepted, and in fact, embrace, is that the only constant with babies is change. Her wake windows have recently stretched, so she is down to three naps a day and a fairly set bedtime, between 7 and 7.30pm. She wakes just before 7am. These constants are quite nice, as I can roughly plan the day around them and her wake times, not that there is too much to plan these days! In the next month or so, she’ll be dropping a further nap, and then eventually, down to one nap a day by the time she is 11 months or so. Every night and every nap is different - and I found this a real challenge at the start, but she is her own little person.

Case in point - this post took the best part of a day to write as I had to break off to hold her for a nap for an hour and a half (terrible habit, but needs must. I honestly hate having to sit there watching The Crown, I really do.)

A real industry seems to have sprung up around baby sleep and there is lots of information out there - mostly contradictory, of course! A friend of mine gave me access to a programme that supposedly helps a baby sleep through by 8 weeks - I was so surprised at myself when I found myself feeling uncomfortable about how regimented it was - me, the lover of planning and timetables! So many people said to me that I’d learn and change so much as a parent - it’s true, 30 something years old and I’m learning that it’s ok to go with the flow!